Our Mission
To provide high quality pet health and wellness services to assist your pet in living a longer, happier, and healthier life.

To provide our clients with access to leading edge products and services and authoritative educational content focusing on enhancing the human animal bond. 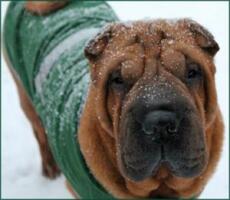 Blue in his favorite position!!

Bosley as a puppy!

This isn't my pillow?

Turn off the lights!!!

The "Beach Master" strikes a pose

She begat our Nunzio

My people ADORE me!