We bred the two healthy dogs out of the 5 we imported from China in 2003.  The litter of seven - 4 girls and 3 boys - are over 8 wks old now and I am truly delighted by them.  They are everything I hoped for and then some.  I have kept what I considered to be the pick female to co-own with an old friend and at the moment she is racing around my kitchen playing with "Myrtle the Turtle", the female I kept from the first batch of two we brought over.  Their mother is "Spirit", the other female that accompanied Turtle on that long flight from Guangzhou, who is owned by Kathleen Long and Lazara Cuza and the litter is sired by Barbara LaVere's male import Tzo-Wen China Clipper who came over in the second batch of three.  I am posting the following pictures, most of which were taken by a very proud Kath who who along with Laz and Kath's mom put in many hours round the clock to produce such a special bunch of happy, healthy, housebroken, well-socialized puppies. I am very grateful for their dedication to raising these great pups. 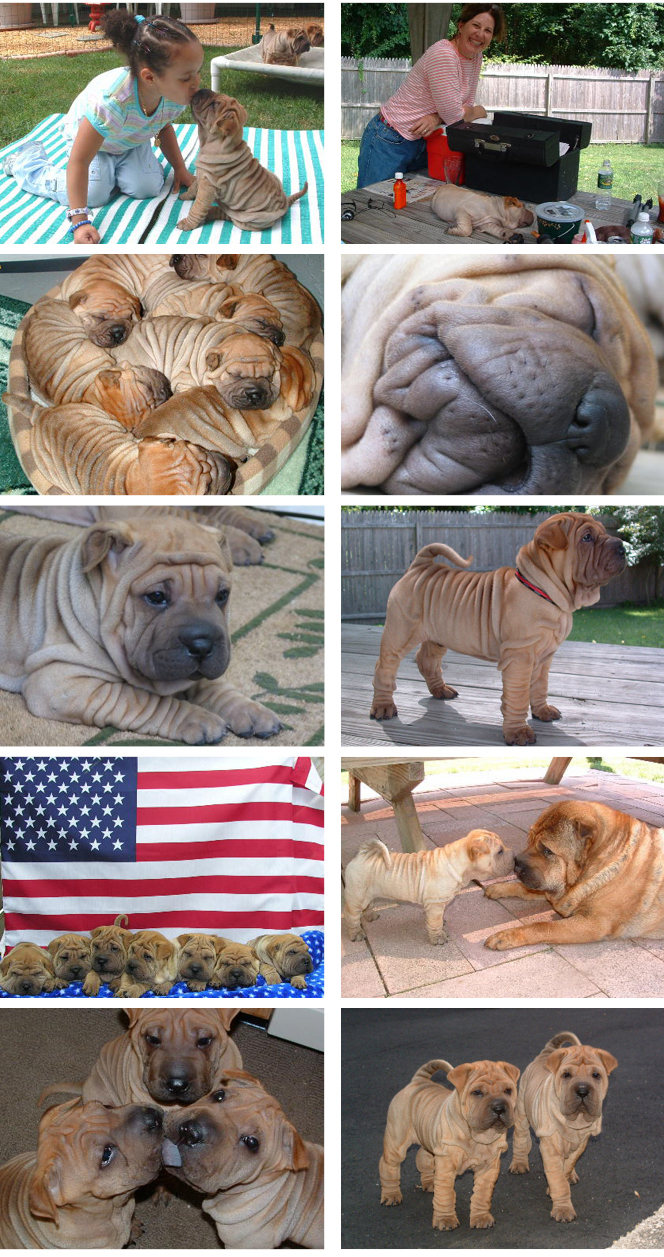